Whether you’re leading a team of two or a team of 50, the way you communicate with your direct reports (and everyone else in the company) has a huge impact on both how successful you are and how you’re perceived. (Which, you could argue, are very much intertwined with each other.)

So, how can you communicate effectively with everyone, especially when you’ve got so much other stuff and, y’know, actual work on your plate?

Now, we know that every other blog post and article out there has the same few “tips” and “strategies.” So we thought we’d go beyond the super generic—and let’s face it, not-very-useful tips like “Talk more to your colleagues” and “Keep your team in the loop.”

To really paint a picture and help you visualize how to apply these leadership communication lessons, we thought we’d take inspiration from stories with some of the most memorable and greatest leaders of all time—on the silver screen. That’s right, we’re going to step into the world of film.

Funny enough, there are actually tons of great lessons about communication from some of your favorite films. So, in this post, we’ll look at seven of them:

Let’s get into it.

Aragorn/Gandalf – The Lord of the Rings

Okay, we had to cheat on this one because you could argue that Aragorn and Gandalf both played crucial leadership roles in the Lord of the Rings trilogy. They’re also both excellent communicators in their own ways, each able to converse with everyone from hobbits to kings, which goes to show that there’s no one way to be good at leadership communication.

For example, Aragorn is usually quiet (brooding, you could even say) and doesn’t say much. But when he does speak, he makes every word count—and his most important speeches come at key turning points in the film. Specifically, when he raises the army of the dead and convinces them to fight for him (they were initially going to kill Aragorn, Legolas, and Gimli), when he gives a rousing speech before leading the army of Men into the final battle against Sauron in The Return of the King.

On the other hand, there are some very different lessons in leadership communication we can learn from Gandalf. For one thing, he’s definitely more of a talker than Aragorn. Gandalf is a great storyteller, and everything that comes out of his mouth just sounds compelling. But that doesn’t mean that Gandalf does all the talking (although he does do a lot of it) and leaves no room for others’ feedback.

During the Council of Elrond, Gandalf listens to the Elves, Dwarves, and Men as they debate what they should do with the One Ring—and gently guides them to the (right) path to take.

An even better example is when the Fellowship is trying to climb a mountain by taking the Pass of Caradhras—in the middle of a deadly blizzard. Gandalf would rather try to take the path through this pass than go through the tunnels under the mountain (because of the fearsome Balrog), but he takes feedback from Aragorn, Boromir, Gimli, and Frogo in order to decide which way to go. (They end up taking the route he didn’t prefer.) A good leader takes feedback from stakeholders!

Not to mention Gandalf has an unwavering belief in the best of people—both their abilities and their nature. Oh, and he gives great pep talks. A useful skill for any leader.

Open up your communication channels and take feedback from the team. Besides email, do you have another communication tool where you can either message your team or get everyone on a video call? Perhaps like this one:

How can you and other leaders engage your employees more by bringing them into the conversation?
💡 Pro-tip:

Learn about employee engagement apps you can use to get your team more involved and enthusiastic about their work.

Dorothy Vaughan: What’s not fair is having the responsibility of a supervisor, but not the title or the pay. And watching you two move on. Now, don’t get me wrong. Any upward movement is movement for us all, just isn’t movement for me.

Katherine Johnson: Truth be told, Dorothy, I don’t even know if I can keep up in that room. I’ll be back with the computers in a week, or out of a job entirely.

Dorothy Vaughan: Oh, please. You’re better with the numbers than anyone in there, Katherine, and you know it. Just make that pencil move as fast as your mind does you’ll be fine.

Dorothy Vaughan was a real person who achieved great things in the face of incredible adversity during racial segregation. A brilliant mathematician working for NASA during the Space Race, she worked as an unofficial supervisor of a group of Black women segregated from the rest of NASA.  She provides practical advice and emotional support to her coworkers and friends, even as they advance in their careers and she is (seemingly) left behind.

Despite the setbacks she faces, she goes ahead and teaches herself how to use the brand new IBM computers. This gives her a leg up on other people at NASA, and by the end of the film she’s teaching the other Black women that she manages how to use the computers and helps them advance in their careers. She is determined, resourceful, and committed to her team.

A good leader supports their team, advocates for them, and invests in continued education to stay competitive in an environment—especially if there’s ever-changing technology involved.

Lou: Look, even if this was possible…

Debbie Ocean: It is possible.

Lou: Even if it was, I mean we’d need like twenty people and half a million dollars.

Lou: Why do you need to do this?

Debbie Ocean: Because it’s what I’m good at.

The sister of Danny Ocean (played in the other Ocean’s films by George Clooney), Debbie Ocean is no less resourceful and wily. She’s also an epically great planner. In Ocean’s 8, she assembles a team of multi-talented women who are adept at picking locks, hacking into security companies, among other extremely useful-slash-legal skills.

Debbie’s special skill is, of course, her ability to plan—we’re talking about “20 moves ahead” kind of planning. She’s a puppet master in the best way possible, a leader who places everyone around her in the perfect position to succeed. Communicate the roles for everyone on your team—thoroughly—and give them the tools they need to do their job. Then, get out of the way. If you need to get everyone on the same page quickly, use a workflow management tool or some kind of task management tool to help you keep your team on track.

One convenient way to do that if you’re using the RingCentral app is to create and assign tasks right in your team messaging threads. Not only can you upload files, set due dates, and even color-code each task, it’s also a great way overall for everyone on the team to see what each other is working on: If you have a remote team, same deal. Know which of your remote teammates you collaborate with on a regular basis. Figure out a plan to keep them up to date on stuff you’re talking about, whether it’s a daily or weekly check-in.

“I’m not about to tell you my whole life story. All I need to be to you and everybody on this dome is a fixed point… I do not need your sympathy or admiration.”

Even when the world is ending in Pacific Rim, Pentecost is still able to motivate everyone around him, be resourceful and creative, and wrangle big personalities. (A great example is finding an alternative supplier for some serious firepower when the government cuts off all of his funding.)

With limited resources, he is able to put together a team that does manage to save the world against all odds. Plus, he can give a pretty good rousing-speech-before-battle.

It’s worth pointing out that Pentecost is not always the most approachable leader and can be downright intimidating. But considering the position that he’s in and the responsibilities he’s shouldering, it’s understandable—and usually effective.

When things seem impossible and you need to improve employee morale, that’s your time to shine as a leader. Take control, work on your motivational skills, and rally the troops.

An inspiring leader can do wonders for keeping employees around for the long haul. Learn more about employee retention strategies.

“And this layout for the Winter Wonderland spread. Not wonderful yet.”

First off, a caveat: Miranda Priestly’s overall communication style as a leader is often actually downright mean. So yeah… don’t terrorize your employees. However! She does have a few very useful skills that are very important for an Editor in Chief. Not only does she know every single minute detail of what her magazine is publishing every month, she is also exacting in how she communicates her vision. It’s not always easy to be direct about feedback—especially when you have to give negative feedback. (Miranda most definitely does not have that problem.)

Many leaders have high expectations. Totally natural. But expecting something and making sure your team actually executes are two totally different things.

Miranda is completely unflappable, demanding—and more importantly, not afraid to communicate what she wants to her team:

“I asked for clean, athletic, smiling. She sent me dirty, tired and paunchy.”

Honestly, had The Devil Wears Prada came out recently instead of in 2006, Miranda would probably be delivering her biting comments with just as much gusto over a video conference call as she does on a phone call or in person.

What are the best video conferencing software options for small businesses?

Be very Miranda-like in how clear you are about what you expect to be done—and be less Miranda-like (as in be constructively direct instead of tearing the other person down) in your feedback. Especially with new hires, the more prescriptive you can be, the better. In a day-to-day communications context with your team, this could look like using screen sharing software and going over presentations and documents together live with your team to show them exactly what you want: In RingCentral Video, for instance, you can annotate a file in real-time while screen sharing with your team on a call.

As a ruler and king, T’Challa has many great traits. He’s brave, smart, and confident. But one of the interesting things about T’Challa is his character development from the beginning of the film to the end.

As a country, Wakanda is very much siloed from other countries. It’s always been historically shrouded in mystery—out of choice. To be fair, this was not something that T’Challa chose; it’s just always been this way because past rulers of Wakanda were wary of the outside world and the negative influences it could have on Wakanda. T’Challa is simply carrying on that national stance.

But he does grow as a leader and shows that he is adaptable. By the end of the movie, we can see T’Challa reaching out to other societies and countries to share Wakanda’s technology and innovations. He starts an outreach center in Oakland and gives his blessing to Nakia and Shuri to manage it, and even goes to the United Nations to allow the world to get to know Wakanda.

Not to mention, he encourages his younger sister to develop groundbreaking technology…even when she uses it to troll him. 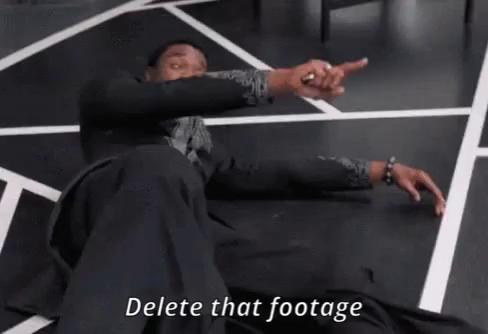 Leave the silos behind, be open to outside input and influence—but maintain your position as a leader.

How will you execute on leadership communication?

There’s no one style of communication or leadership