The Parramatta Eels is a Sydney-based National Rugby League (NRL) club, with a long and proud tradition as a football club, a very passionate and loyal fan base and over 30 junior clubs in the local area for kids to play the game. However, the Eels have faced some operational challenges in the last few years.

The club’s home ground, Parramatta Stadium, was demolished in 2017, forcing the Eels to move its home games to a temporary base while the new stadium was being built.

A redevelopment at the adjacent Parramatta Leagues Club and a lack of space in the precinct meant that the Eels had to relocate its head office to Rosehill, two kilometres away from its home ground and training facilities.

At the same time, the systems and technologies the Eels were using were not keeping pace with the changes within the club and its brand, particularly in attracting new fans and members.

“We weren’t really looking to expand our horizons outside of what was tried, tested and true,” said Rhys Redfearn, Membership Manager, Parramatta Eels.

“The way that we spoke to our members and to our stakeholders hadn’t changed for a long time. We were very siloed in thinking about communicating with these people through traditional methods.”

One of the first major changes the club made was to create a whole-of-club ‘centre of excellence’ in the nearby suburb of Kellyville which will encompass the Eels’ football operations, its administrative offices and a community hub, including women’s and junior player development, gyms, doctors’ surgeries, cafes, swimming pools, basketball courts and playing fields.

“We had quite a disconnect internally, whereas now we are all under one roof, which is great,” says Redfearn.

In addition to the ongoing development at Kellyville Park, the Eels are back playing at its new home ground of Bankwest Stadium, which Redfearn describes as “the best rugby league facility in the country, if not the world”.

Bankwest Stadium has presented the club with the perfect opportunity to re-engage with its fans.

“One way of attracting new faces was to make sure that the customer experience is second to none, and that people are having a good time when they’re dealing with us,” said Redfearn.

To do this, in 2020 the Eels focused on making its operations and processes as streamlined and digital-friendly as possible. Implementing state-of-the-art infrastructure, including RingCentral Office Premium cloud communications, has given the Eels staff the ability to work at any time and from anywhere.

“Regardless of the situation, enquiries shouldn’t go unanswered, and we are able to get on the front foot for anything that comes up – a phone call we have to make or a meeting we have to have – it’s at our fingertips now,” said Redfearn. “It’s meant that our team could effectively work from home during the lockdown last year. Now, our guys can have a ten-minute break to play a game of table tennis in the office, and if they get a call they can take it and deal with the enquiry right there. That means the customer experience is consistent regardless of where they are or what they are working on.”

“We’ve been able to put the customer at the forefront of everything we do, and RingCentral is making that conversation piece so much easier.”

The busiest times of the year for the Eels’ inbound and outbound sales teams is in the lead into Christmas, and then again in February and March, right up to the start of the new NRL season. That includes new members, renewals and a lot of membership pack enquiries, so the club needs to put on additional staff at these peak times to handle the call load, which is very straightforward to action through RingCentral.

The past year has been busier than ever for the Eels member services. The club has also upgraded its membership purchasing portal, providing an optimised mobile experience for fans and giving greater flexibility for the club to quickly create different pricing packages in response to feedback from members. The Eels implemented Salesforce’s Marketing Cloud digital marketing platform, integrated with the NRL’s Salesforce instance, to engage via email and SMS with existing and prospective members. RingCentral’s Live Reports ensures an improved membership experience through detailed reporting and analytics, allowing the membership team to see and manage what is happening in the queues – in real-time.

“The combination of digital platforms, including RingCentral and Salesforce, gives us visibility on who we are talking to and the different touch points we are having with them,” said Redfearn.

The Eels are also preparing to take over the licence for its own Salesforce CRM platform, giving the club the opportunity for greater integration between its RingCentral solution, its membership sales system and marketing tools, which will further enhance both the customer and employee experience.

The results speak for themselves

The turn-around for the Parramatta Eels has been profound over the past two years, both on and off the field. The club finished third on the ladder at the end of the regular 2020 NRL season, and is looking to improve on that result in 2021.

The Eels also reached number one in the NRL membership tally just before Christmas 2020, the first time the club has reached that status in its history.

As a result, the Eels are in a very strong position as they enter the club’s 74th season as one of the favourites to take out the 2021 NRL Premiership.

“Our customer service is now at the level where we are going to be the benchmark for NRL clubs going forward, and partners like RingCentral are helping us do that,” Redfearn concluded. 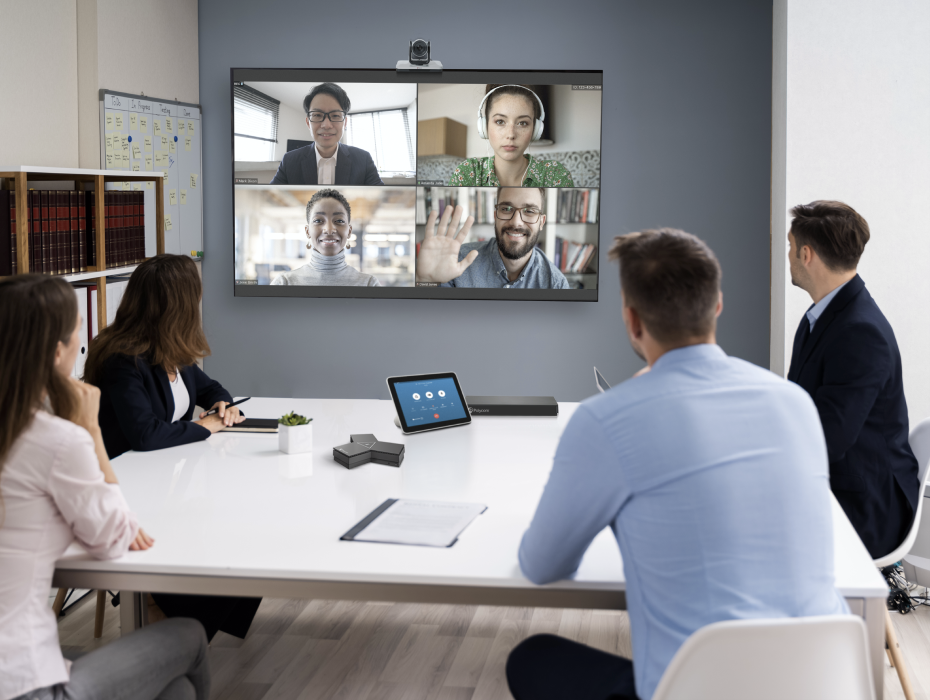 RingCentral Rooms for Poly: Which one is right for you?