What are chatbots and why are they important?

Thank you.
A RingCentral sales advisor will contact you within 24 hours . 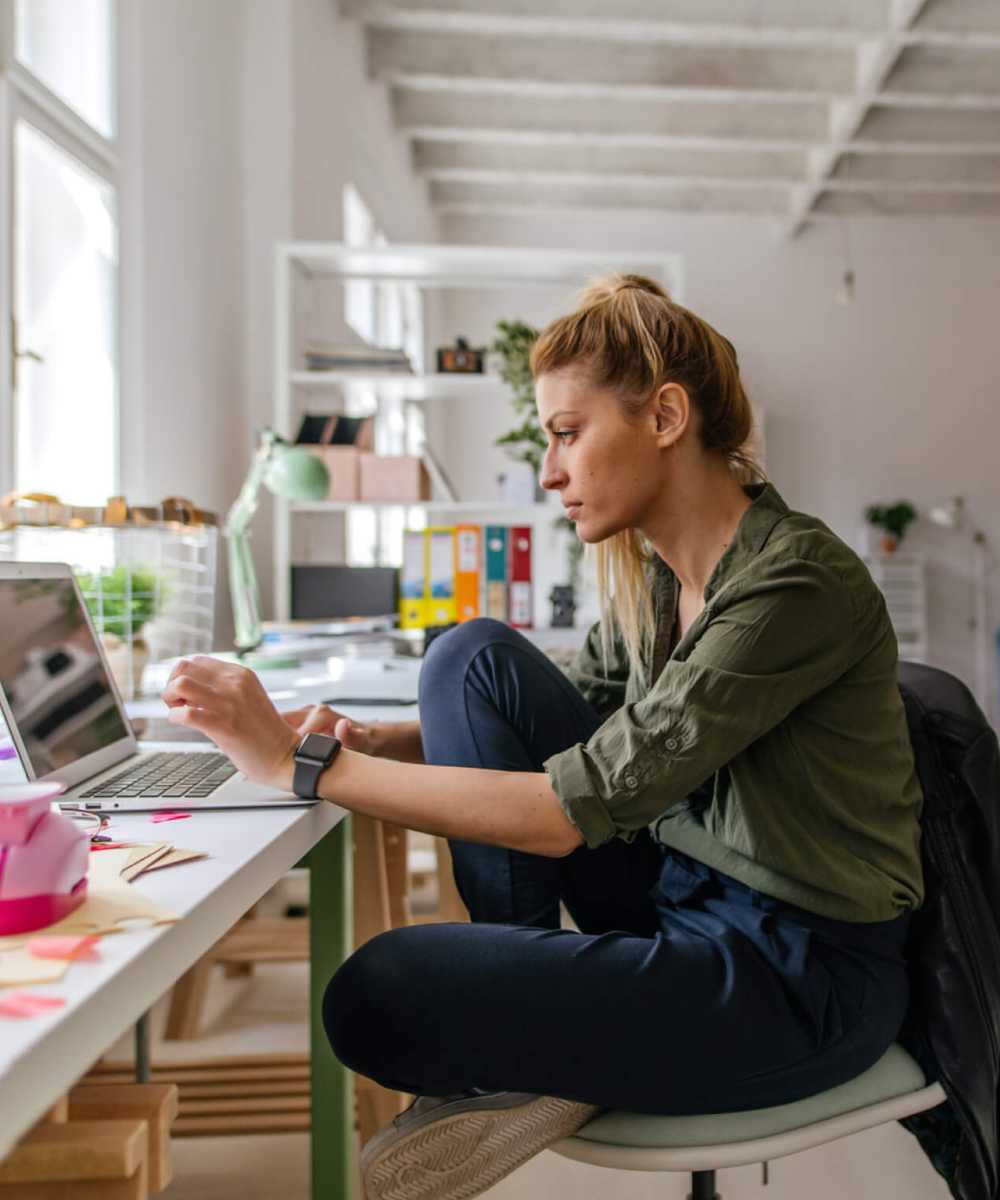 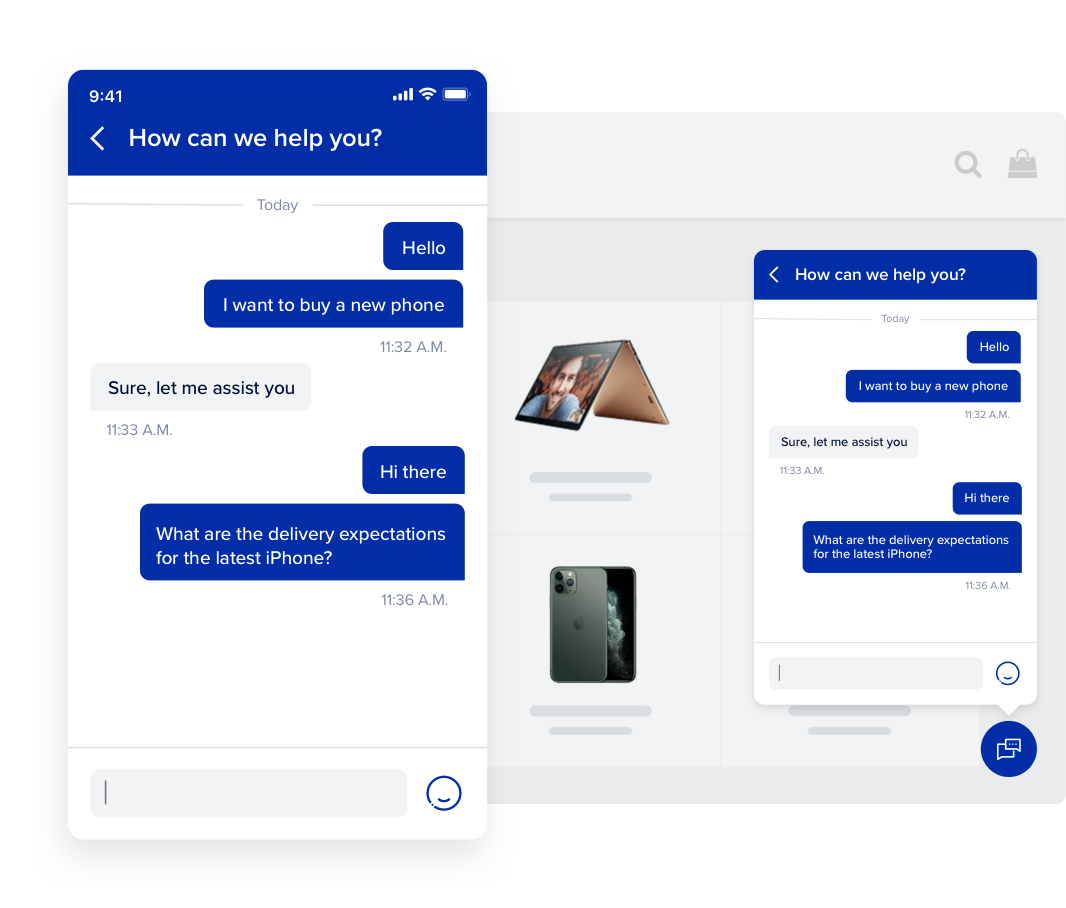 It might sound like science fiction, but if you’ve ever gotten customer service assistance on a website, chances are you’ve had a conversation with a robot. Now, before you start imagining the machines of science-fiction blockbusters like The Terminator and iRobot, the robots we’re going to talk about here are a little bit more harmless. We’re going to talk about chatbots.

Whether you like them or not, chatbots have become a fixture of online experiences. This is in large part due to advancements in technology, such as machine learning and natural language processing. These improvements have made chatbots smarter and a more convincing conversational experience.

Just as the phone you have now is way more advanced than anything on the market even in the mid-2010s, chatbots today are more responsive and a lot more useful than they’ve ever been.

Since chatbots are such an excellent tool for simplifying interactions between humans and computers, it makes sense why businesses would use them on their websites and for social media marketing. However, chatbots can do more than be on the front lines of customer service.

This is going to be a guide to chatbot technology. Our table of contents to make you a chatbot expert includes:

After reading this, you’ll be more familiar than ever with chatbots. Not only will you be more aware of what chatbots are and how they work, but you’ll also understand why businesses use them and how they can benefit you.

A quick history of chatbot platforms

The first idea of a chatbot can be traced to Alan Turing and his famous 1950 paper, “Computing Machinery and Intelligence”. In it, he proposes what we now call the Turing Test. The test is meant to judge the ability of a computer program to emulate a real person in real-time. The human judge must decide whether they’re talking to a human or a computer, based solely on the written conversation (live chat) they’re having.

Naturally, this idea of a computer deceiving a person into thinking they’re interacting with a real human caught the interest of many computer scientists.

The first chatbot solution would not come about until 1966. Its name was ELIZA. It was pre-programmed to move conversations forward in a meaningful way. An example of this is if it were to see “mother” anywhere in the person’s message, it would ask the person about their family.

Nowadays, AI chatbots have become so popular that there are actual chatbot competitions focused on passing the Turing test. And they’re only getting smarter, faster, and easier to use. Who knows what the next generation of chatbots will bring?

The fact is, you don’t need a computer science degree to be a bot builder. Many communication platforms, such as RingCentral, can integrate with chatbot software, helping you utilize them to improve your business (keep reading to find out how).

What is a chatbot and how does it work?

The definition of a chatbot is “a piece of artificial intelligence software that can have a conversation (or chat) with a real person using natural language.” Chatbots are typically used online as a way of interacting with customers rather than having them directly contact a human agent.

They’re a computer program designed to simulate the way people would naturally have conversations. In this way, they’re trying to be a convincing conversational agent to best help the real person they’re “talking” with.

Typically, people come across chatbots in two different ways. Either customers access them through web-based applications or they encounter them in standalone apps. The most likely context in which you’ll find chatbots today is in customer service. AI chatbots have taken on the roles that were traditionally performed by real living human beings, such as customer support operatives and sales team associates.

What is chatbot technology?

If we were to look behind the scenes of how a chatbot works, we would see it performing two sequential tasks: 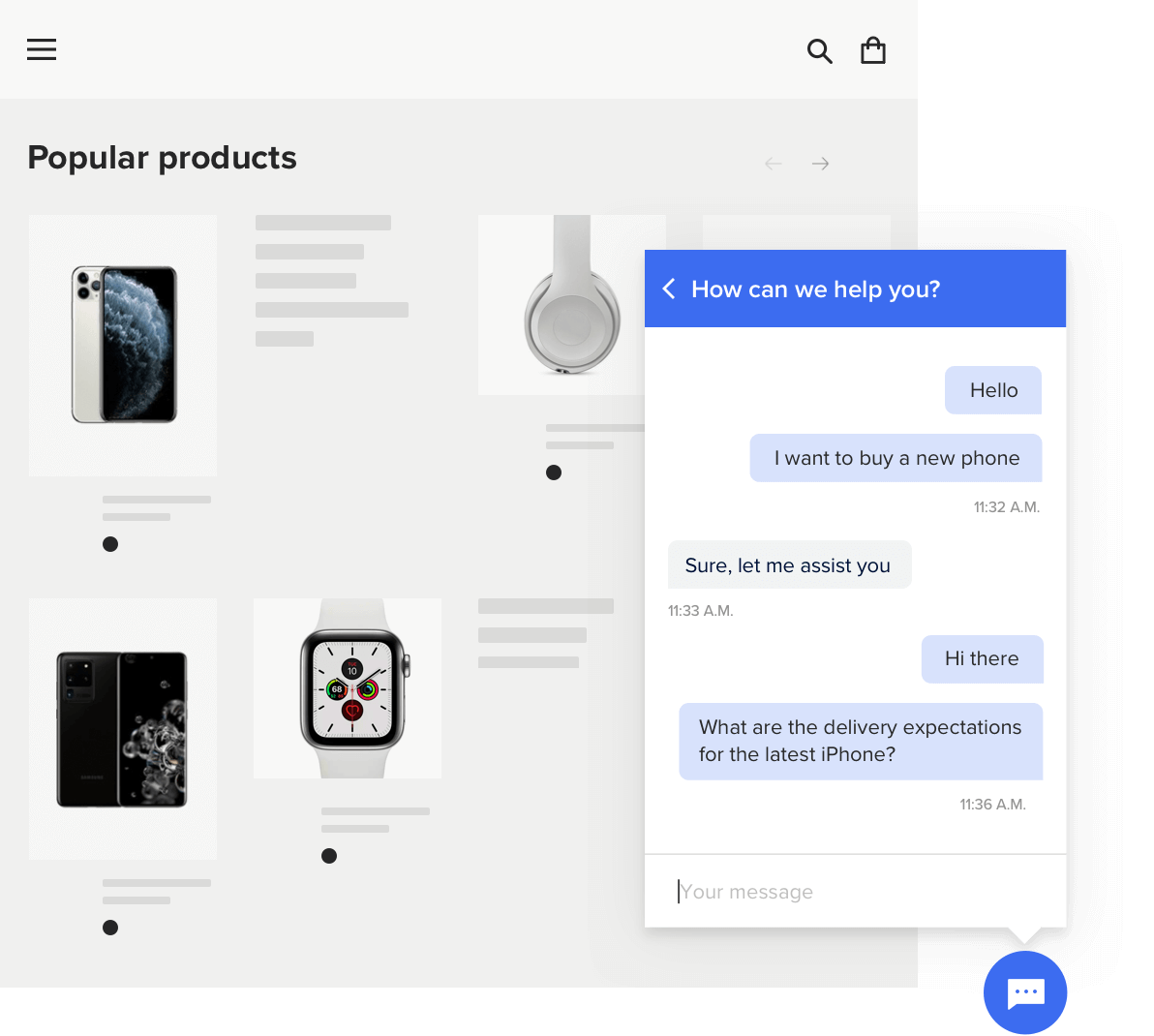 The first thing that a chatbot does is ”read” what the customer wrote to them. In this case, read is in quotation marks because a chatbot is not reading the same way you or I would.

What the chatbot is actually doing are these two things:

Note:  “Entities” are typically keywords or phrases the bot was designed to notice.

Essentially, the chatbot is trying to understand what a person wants. It could be that the person is writing to ask about a product, or they’re trying to resolve an issue they’re having. Understanding the intent behind a received message is the most important step for a chatbot. If it can’t identify what the customer wants, then it can’t help them.

If you’ve got an intelligent chatbot, it’s identified the intent of the real person’s message after the first step. From there, the chatbot attempts to give the most appropriate response it can to the customer. The response could be a prewritten and generic text, or it could be a response it’s retrieved from a knowledge base that stores different answers.

With more advanced chatbot applications and software, the response can be more nuanced. Some examples of more state-of-the-art automated conversations include:

What are chatbots used for?

There are many different applications of chatbots since they’re super useful. In this section, we’ll cover the most common types of chatbot roles.

Chatbots for customer service and marketing

One of the most popular uses of chatbots is for customer service.

Many businesses have already seized the opportunity to employ chatbots as a customer service solution that’s faster and cheaper than traditional human labor. In cases like this, they’re looking to replace other communication tools like phone and email with a dialogue between a chatbot and their customers.

Chatbots for marketing is another important use of the technology. Your sales team can use chatbots to promote your business and effectively spread the word about your products and services. They’re able to act as conversation marketers, always upselling your business and advertising what you have to offer.

Chatbots are used on messenger platforms and social media

Many businesses have messenger bots available via SMS or on other messaging app platforms like Facebook and Twitter. Not only does this do a great job of advertising what your business has to offer, but it also allows your business to interact with customers where they are. By having a social media chatbot, you’re able to build relationships with your customers and be available to them whenever they seek to engage with your business.

Chatbots are used on company websites

A website chatbot is very useful. When a customer visits your business’s website, having a chatbot there to greet them and ask if it can assist is a simple and effective way to give a more positive and personal user experience.

When a chatbot window opens on your business’s website seeking to help your customers, it streamlines the customer service process. They don’t have to navigate your website on their own. You can get to their immediate concerns quicker. And you do all this while giving them the choice of whether or not to engage with the chatbot (since customers can always opt-out of talking with the bot).

Other uses of chatbots

While customer service, marketing, and consumer engagement are the most popular uses of chatbots, people have found amazingly creative ways of using these bots. The future of chatbot technology is wide open and new uses are being imagined all the time.

Some other chatbot examples that you may have never considered include using them in toys— new products on the market able to recognize speech and talk with the children playing with them.

Companion chatbots exist for those suffering from degenerative diseases like Alzheimer’s and dementia. With conversational AI, these bots allow people to have everyday discussions when those things can be challenging to have with other people.

Why are chatbots important?

The reason why chatbots are so important is that they do an excellent job of making interactions between businesses and people easy. Essentially, they’re a tool that enhances customer experiences.

Let’s go over some specific benefits of using chatbots. Not only can these chatbot features be good for your business, but they also have many benefits for your customers, too.

First, we’ll cover what benefits your customers can expect from chatbots. Then we’ll discuss the value of chatbot technology for businesses.

The benefits of chatbots for customers

The benefits of chatbots for businesses

While there are many benefits to using chatbot service, we can’t forget that they come with some limitations as well. Knowing about the limits of chatbot technologies helps you understand where they’d be helpful for your customers. This section has a list of some of those limitations.

What are the best chatbots?

The best chatbot solutions are the ones that make life easier for real people. Although getting started with chatbots may seem like an enormous task now, their benefits and uses mean they are a very worthwhile investment.

Make sure the chatbot service you’re investing in does what you need it to do. Let’s look at five must-have features of chatbots.

Start building a better business today with a test drive of RingCentral. Talk to one of our sales reps to learn about the number one business communication platform and get the tools you need to amaze your customers and make your company one of the success stories of the future.
View Demo