Meeting Etiquette Around the World 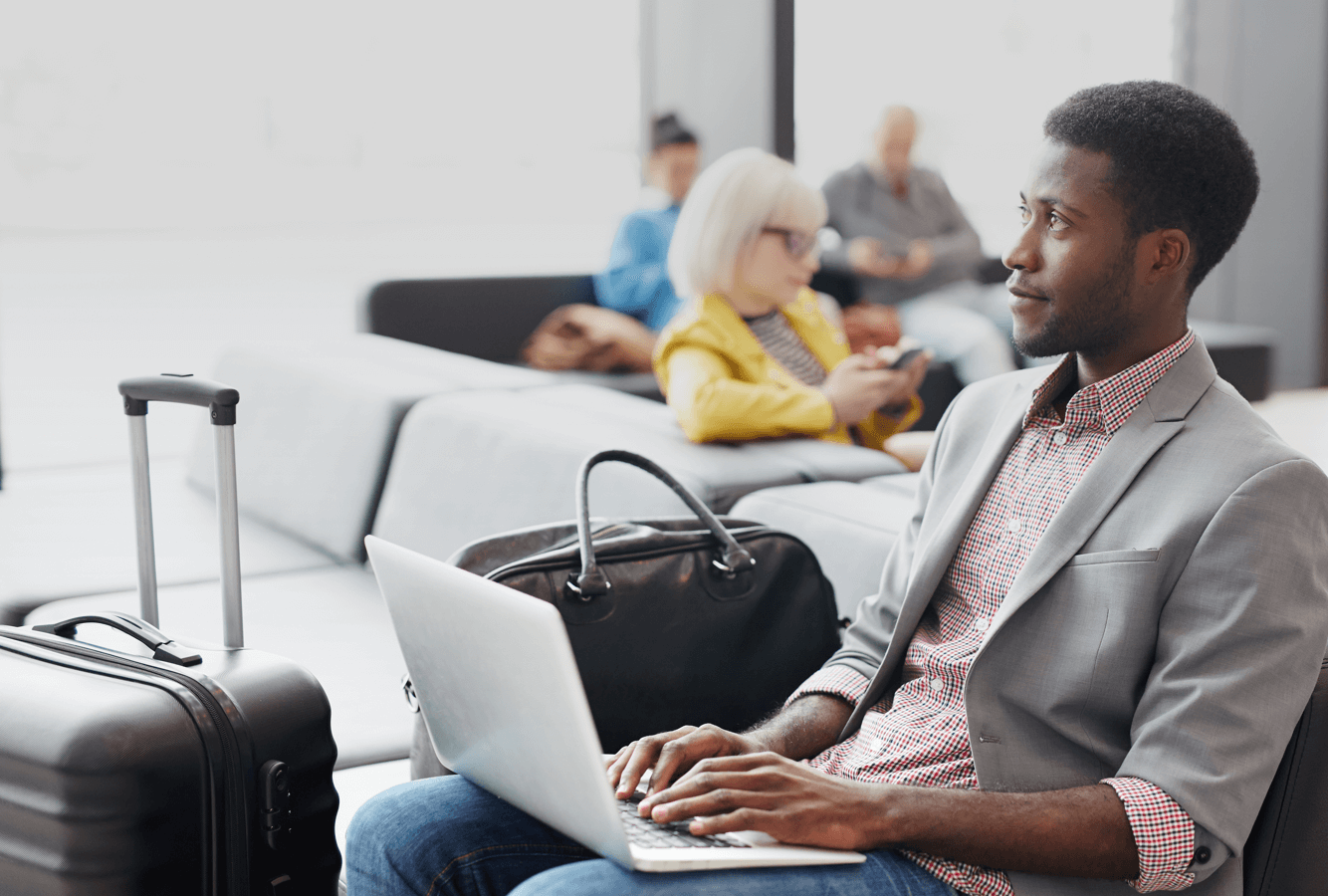 Back in 2011, then-U.S. President Barack Obama stayed at Buckingham Palace as part of a three-day state visit. It was an extremely high-profile visit that carried with it all the pomp and circumstance one would expect—orchestras, high-ranking royals, the whole nine yards.

Before the official royal dinner, Obama stood to make a toast—little did he know that he was about to lodge his foot firmly in his mouth.

Nearing the end of his speech, the banquet’s string orchestra mistook a pause for the end and launched into the British national anthem, “God Save the Queen.” But Obama, who still had more to say, ploughed on with his speech, speaking over the music and eventually toasting the Queen to his side.

But the Queen, who is a bit of a stickler for royal protocol and knew not to speak over the anthem, ignored his toast until the music had finished—much to the confusion of the president.

In the end, both the Queen and Obama laughed off the mishap. Obama even joked that the opening bars of the anthem gave his toast a more “rousing” tone.

Obama’s misstep is a helpful reminder that everyone gets things wrong, even when they’re the President of the United States.

It’s particularly tricky in our globalized world where people need to understand foreign customs as well as their own.

“People bring their cultural baggage with them wherever they go—and that includes the workplace,” Jeanne M. Brett, professor of dispute resolution and organizations at Kellogg School of Management, told HBR. “If you don’t prepare for cultural differences and anticipate them at the front end, they’re a lot harder to deal with after the fact.”

Nowhere is this truer than the business meeting. In one country, meetings might be a free-flowing, informal conversation, where you chat about family life, sports and binge-worthy streaming television shows. In another, they might be highly structured discussions where you deviate from the agenda at your own risk.

There are thousands of different meeting etiquette rule books all over the world, all declaring what’s right and wrong. And we’re expected to know them all.

When you’re running a meeting with people from different backgrounds, you need to consider those cultural differences. But before you can do so, you need to understand what those differences actually are. In this post, we’ll look at a handful of business cultures from around the world to reveal just how different meetings can be.

If you attend a meeting in China, don’t expect a rigid or tightly orchestrated discussion. According to a study by the international hospitality giant Hilton Worldwide, half of Chinese businesspeople prefer an unstructured meeting, where the conversation can twist and turn naturally, instead of following predetermined talking points. Meeting leaders like to state the objective of a meeting—say, to identify new marketing strategies—but will leave it up to the attendees to decide how they get there.

Another reason Chinese meetings might wander is they often begin with personal conversations. “Be prepared to spend some time on icebreakers, including talking about the weather, people’s families, events in the news, and so on,” Andrew Flack, vice president of marketing for Hilton Worldwide, told Fortune.

“It’s similar to conversations at the beginning of Western meetings—only, usually, for much longer. It’s a very gentle warming-up.”

Most people know that Korea is a pretty formal country—and this applies in the workplace too.

And if you walk into a Korean meeting, you’ll quickly find out.

Before things kick off, junior attendees should bow to anyone more senior, according to Korea Business, a workplace encyclopedia produced by the WTO. Junior attendees start the bow, bending from the waist to an angle of around 45 degrees while keeping their back straight and hands either clasped in front of them or at their side. When received, the more senior party responds with a shallower bow.

While still prefered by traditional companies, others have begun to move beyond the bow, though formal greetings are still commonplace. As Korean companies spread into new countries, execs invented a new hybrid bow-handshake greeting. But be careful as this greeting should only be started by the more senior businessperson. If offered a handshake, take it with both hands and bow slightly.

After greeting attendees, it’s common to exchange business cards—but this too is highly ritualized. Politely hand over your card, using two hands. When you receive one in return, accept it, again, with two hands and study its details for a few seconds. Don’t just slip the card into your pocket as this can come off as rude.

As a hub of European business, Germany doesn’t have many meeting rules that are written in stone. Usually, what’s expected will vary from team to team and company to company. One company might like highly structured meetings, while another may prefer free-flowing conversation.

But across Germany, there’s one consistent trend: time-keeping. Although other Europeans like to tease Germans for their punctuality, German meetings always start precisely on time—and rarely run over.

“Being late in Germany is a cardinal sin,” wrote Josie Le Blond, a German journalist and author. “Seriously. Turning up even five or 10 minutes after the arranged time—especially for a first meeting—is considered personally insulting and can create a disastrous first impression.”

For people coming from a country or company with a hierarchical culture, Sweden’s democratic workplaces can feel pretty shocking. During Swedish meetings, everyone’s considered equal and their opinions are equally valid.

“Titles aren’t as important and everyone is expected to have a voice,” Mats Danielsson, a Swedish etiquette expert, told The Local. “You don’t have to keep your mouth shut just because the boss is talking.”

That means Swedish employees are far more willing to speak up in business meetings, openly questioning and challenging their superiors.

If you’re unfamiliar with the culture, meetings can seem chaotic with dozens of different ideas pinging around the room at once. But encouraging people to speak up means Swedish organizations can tap into a far more diverse pool of perspectives.

Mixing personal and professional in Argentina

Even though Argentinian companies use collaboration technology, they’ll still default to face-to-face meetings wherever possible. This is because Argentinian culture is founded on relationships.

Meetings in the South American state tend to start with a long pre-meeting chat, covering everything from attendees’ weekend plans and films to sports, in particular soccer, and family life. This is to help people get to know each other as more than just job titles and suits.

This chat is also repeated at the end of each meeting, which can leave newcomers with an odd sense of déjà vu.

In such an energetic and busy country as India, personal space is super important, and getting too personal with people—say, an unexpected hug or an uninvited arm around the shoulder—isn’t a good idea. But this is only the tip of the body language iceberg.

India has a complex culture that’ll leave newcomers seriously confused. Take the soles of your feet and shoes. “Feet are considered to be unclean and therefore it’s important to avoid pointing your feet at people or touching people or objects (particularly books) with your feet or shoes,” wrote Sharell Cook, a business journalist based in Mumbai, India. “If you accidentally do so, you should apologize straight away.”

The world is a great fractured mosaic of cultures. Working with a diverse team starts with understanding how we all see the world slightly differently. When we understand other cultures, we can stay respectful and build stronger relationships that aren’t built on stereotypes.

Molinsky says we should all be aware of different cultures and customs but he advises us to stay open to people as individuals. (Just because your coworker is Argentinian doesn’t mean they want to tell you everything about their family and personal life.)

Use your knowledge of different cultures and how they interact in business settings as a launchpad to broaden your understanding of your colleagues’ customs and preferences, not as a way of pigeonholing people into stereotypes.