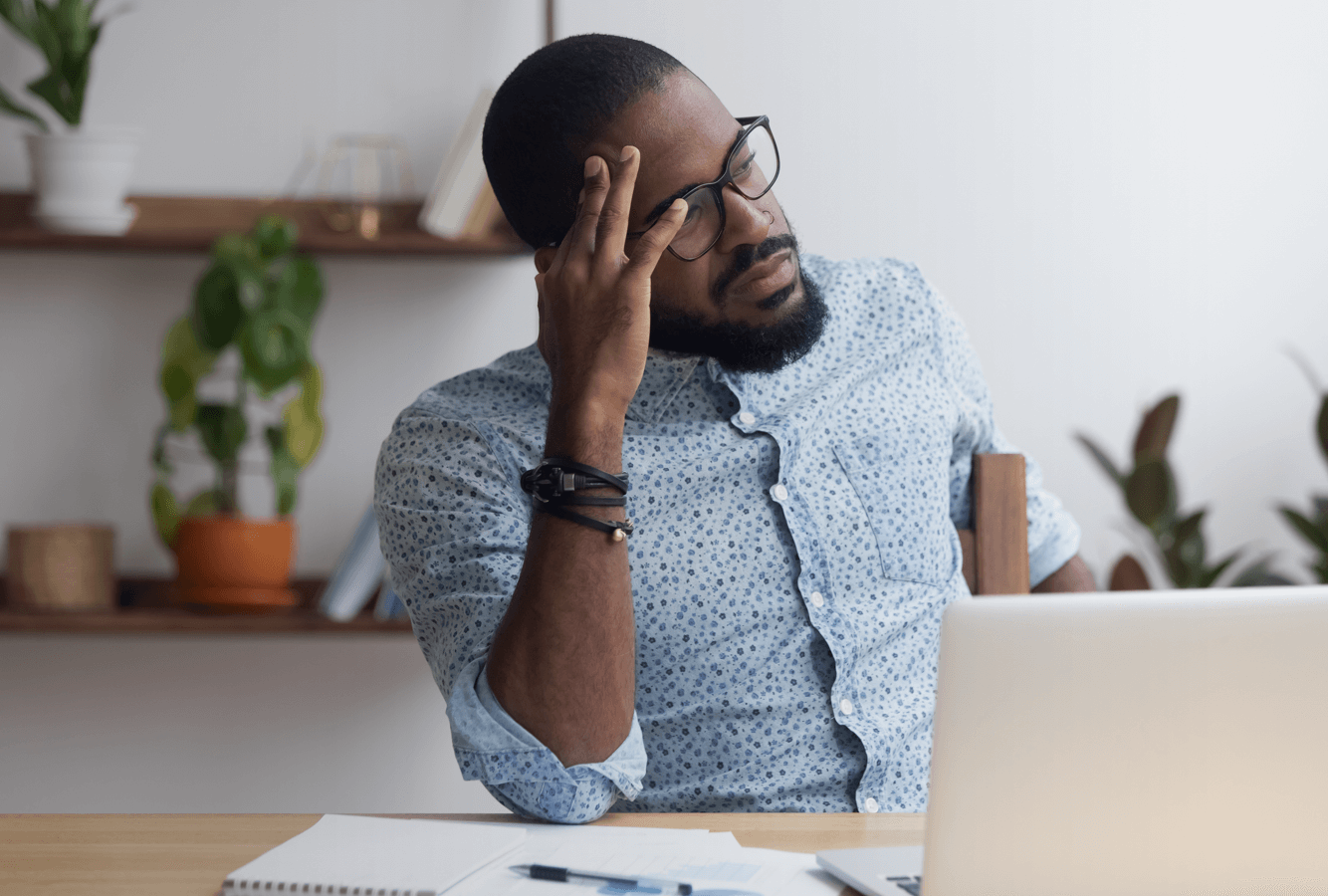 Take a moment to imagine these two situations:

First, you walk into the office on Monday morning, refreshed from a relaxing weekend and ready to tackle your weekly to-do list. But as you get near your desk, you see someone walking away with your chair. The chair thief doesn’t say a word to you; he just takes your chair and rolls it down the hall. You set off in hot pursuit and demand that he give your chair back. Once you’ve got it back safely in your hands and rolled it back to your desk, you get on with your day.

Second, you walk into the office on Tuesday morning, with slightly less energy, but ready to get down to work, nonetheless. You sit down, open your email, and read through your first message—a surprise invitation to a morning meeting. The invitation is from someone you’ve met a couple of times for a project you know basically nothing about.

Going to this meeting would probably be a waste of your time—but you’re polite so you click “accept” and head to the conference room. After two excruciating hours, you head back to your desk, brainstorming believable excuses for the next time an unwanted invite lands in your inbox.

On the surface, these two events might seem to have little in common—but they do, at least according to David Grady, an information security manager at Verizon. During a 2014 TED talk, Grady pitched the two situations as being very similar.

Grady says we all suffer from “Mindless Accept Syndrome.” We see an invite and mindlessly click accept, even if it’s not worth our time going, which it often isn’t. The result is wasted time—lots of it. Over the past 50 years, the time we spend in meetings has ballooned—rising from 10 hours in the 1960s to 23 hours today. That’s like going into work on a Monday, heading straight to a meeting, and not coming out again until Wednesday evening.

But Mindless Accept Syndrome is only the tip of the problematic iceberg. Around the world, millions of meetings are derailed each day—and it’s not simply because we tend to click accept without thinking. Meetings are constantly undermined by vague agendas, circular discussions, and rambling speakers. While it’s easy to blame the people in meetings for having bad meeting etiquette, they might not actually be the problem.

Increasingly, organizational experts are asking whether it’s our meetings rather than our attendees that are the problem.

Can you imagine a workplace that prioritizes pens, yellow legal pads, and manila folders? Neither can we. But for decades, everything we did was analog. By the 90s most workplaces had begun moving over to computers. Software became more powerful, storage more plentiful, and computers more flexible. Every year, we chipped away at our workloads, giving more and more to our new computer coworkers.

Even now, the workplace is still changing.

New technologies, new roles, and new generations are popping up, transforming not just the work we do, but also how we do it.

Still, not every aspect of our professional lives has kept pace with technological change—which brings us back to the modern meeting. When you think about it, barring the odd PowerPoint presentation or conference call, meetings are more or less the same as when our parents, grandparents, or great-grandparents were still working. And that’s a problem.

In our hyperconnected workplaces, meetings have mutated into an organizational black hole, sucking in time, energy, and resources—and it’s crippling our performance. According to research from Doodle, poorly organized meetings cost the American economy approximately $399 billion a year:

With so much at stake, it could be tempting to simply kill the idea of meetings altogether—but as fun as that might be to consider, it isn’t the solution. Why? Because meetings are valuable tools. Or at least, they can be, if used the right way.

“Without meetings, cooperation, communication, coordination, consensus, and decision making are all compromised.” – Steven Rogelberg, Chancellor’s Professor at the University of North Carolina Charlotte

“In fact,” says Rogelberg, “In many regards organizational democracy takes place in meetings.” Getting rid of every last meeting means we lose all the good stuff, too.

To keep the good and lose the bad, we need to understand all the cultural and technological change in our workplaces. Once we come to grips with our modern workplaces, we can roll out a new form of meeting—the contextual meeting—to reclaim our wasted time and get back to the work we were actually hired to do.

In the next few sections, we’ve highlighted three significant challenges that are disrupting our meetings—and at the end, we’ll look at how to solve them.

Ten years ago, productivity author Nicholas Carr noticed something strange was happening to his brain. He used to be able to immerse himself in a novel for hours but lately, he struggled to get through even a dozen pages.

“I get fidgety, lose the thread, begin looking for something else to do,” Carr wrote in The Atlantic. It wasn’t just reading, though. Carr felt like he was distracted all the time–when he was working, talking, and even relaxing.

Thinking about his dwindling attention span, Carr discovered the cause: technology distractions. For years, he’d immersed himself in technology. He’d research books on the Internet, write the manuscripts on a computer, and relax afterwards reading blogs. Technology did benefit his career—but it came at a price. He says his mind learned to expect all information to work the way the Internet distributed it—fast-paced and fragmented.

Carr isn’t alone. Our lives are dominated by technology and it affects our minds, especially considering how much content we’re hit with every day. We’re pummelled by so much content that it’s impossible to separate the signal from the noise. In response, we try to focus on everything—and fail.

With our brains used to being pulled from task to task, it’s our new default setting, and our attention spans have shrunk in response.

Researchers at Microsoft discovered that the average attention span dropped by 50% between 2000 and 2013.

If we ignore all this and continue with conventional meetings, there won’t be anyone listening in another 10 years.

In the fall of 2019, Bradley, a chemical engineer, traveled to a neighboring city to visit a research and development partner. The R&D company had booked his meeting months in advance as a project update—but they hadn’t sent out an agenda.

When Bradley arrived, he learned the project was running late and there was nothing to discuss. But because they’d booked Bradley’s time, they insisted he stayed to discuss other things. Bradley says the meeting lasted two hours and meandered from topic to topic, most of which weren’t even relevant to him.

Ultimately, he spent a full day in meetings where he learned nothing new and made no decisions. “I think there was about one hour of good discussion,” Bradley told RingCentral, “but that could have been covered in an email.”

Meetings like this are incredibly common and you’ve probably endured some yourself. You know the type: the conversations meander around in circles, someone always asks too many questions, and you die a little each time it feels like it’s about to end but…doesn’t.

According to additional Doodle research, ineffective meetings are one of the most infuriating aspects of the modern workplace. You could probably have guessed that, but it’s good to have the proof. And without a radical overhaul, our meetings are going to stay this way, drifting in circles and wasting time:

Andrew was never taught how to lead a meeting. After graduating from college, he set up a freelance web design agency and began pitching clients. Over the years, his business grew and he hired his first full-time members of staff.

Suddenly, his role grew to include actually running a bona fide business—which, of course, meant running meetings. In a typical week, he’d hold several one-to-ones, an all-hands update, and countless project meetings. But he felt like an imposter as every decision he made during a meeting felt like a guess.

Last year, Andrew personally headed up an important internal project. Because it was a huge project, he rolled out weekly project update meetings. Although every meeting had an agenda, it nearly always veered off into non-related topics—the next phase of the project, ideas for other clients, even heated debates over the weekend’s big games. What should have been a five-minute update turned into an hour-long dive down a rabbit hole.

Many of Andrew’s problems come down to poor meeting hygiene. That’s just a fancy way of saying proper meeting etiquette—starting on time, limiting unnecessary interruptions, and staying on topic.

For first-time managers, this is often a big stumbling point. Running meetings is hard, and it requires a ton of practice to get right. Andrew, like most other untrained managers, did his best but it wasn’t enough to keep his meetings on track.

Traditional meetings have historically been driven by hierarchy, which can be a roadblock for new managers Like Andrew. Without clear leadership from an experienced meeting facilitator, meeting hygiene can start to crumble and conversations become anarchic. Attendees bring up irrelevant topics, dive down rabbit holes, and push the meeting over its time limits.

It’s unlikely these challenges will ever magically reverse themselves. For example, people aren’t going to regrow their attention span overnight. What we need is a new type of meeting that complements modern teams. What we need are contextual meetings. Here’s how they combat the challenges that plague our workplaces.

Think about how you work. Your methods of communication and collaboration are probably fragmented across multiple channels. You probably work in short sprints rather than long marathons.

Contextual meetings mirror that pattern. In practice, that means integrating meeting technology into our collaboration platforms or, ideally, shifting to a single platform that unifies both communication and collaboration. This gives your meetings context.

When people can book meetings within their communication platform, meetings become an extension of everyday conversation, rather than a disruptive event.

Contextual meetings are so simple that there’s only two rules you need to remember: time box each meeting and only discuss your sticking point.

Think back to Andrew and his disastrous meetings. During each weekly meeting, he was trying to balance a dozen different points on the agenda and keep the conversation flowing. It’s like spinning plates—and it’s no surprise that he failed.

Now compare that to the simplicity of contextual meetings. Say, he wants to tweak part of the design for a new website and needs to check UX best practice with his designer. He can launch a quick contextual meeting with a single click from within the platform, run a laser-focused discussion, confirm his decision, and return to his work. There’s no time or space for poor meeting hygiene because it’s all so structured and quick.

Traditional meetings tend to get booked out weeks or months ahead of time. Often, people arrive totally cold, with no information or context for what it’s about. That’s why they meander and drift around in circles.

But with contextual meetings, everything is different.

Contextual meetings only happen when there’s a need—for example, when someone needs to clarify a complex point or talk through a decision.

Because each meeting is tied to an immediate issue, the outcome is crystal clear. You’re confirming a strategy or checking some data and then getting straight back to work. But it’s not just the outcome that’s clearer.

Contextual meetings are about just that: context. By placing the meeting within your work, all the background information is available at your fingertips because all your chat, files, and documents are right there alongside the meeting window.