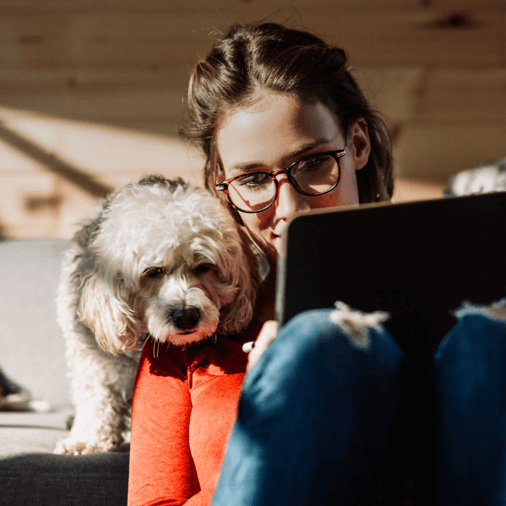 All the resources you need to work from anywhere
Visit now
Sales:
(800) 574 5290
View demo
All case studies

Call response times beat the benchmarks in the software industry, with more than 95% of calls answered within the first 30 seconds by a technical support engineer. Hawk Ridge’s average customer satisfaction rating is 98%.

Team collaboration is just as important as phones

Under the direction of Samuel Eakin, Operations Manager, Hawk Ridge moved its enterprise communications to the cloud. After deploying RingCentral for telephony and web conferencing, Eakin went looking for a team messaging and collaboration solution that he could deploy company-wide.
Some in the organization were already using a free version of one collaboration application, forcing the IT team to decide whether they wanted to buy the paid version of that application to deploy it more broadly. Eakin saw several drawbacks to this approach. One was the
cost. Another was the fact that the application was not well integrated with the company’s voice and web conferencing applications.

A better option came when Eakin learned about RingCentral Glip. Glip had the advantage of being integrated with RingCentral’s other functionality. Adding Glip to the RingCentral installation would give Hawk Ridge fully integrated voice, messaging, team collaboration, and web conferencing. And Glip comes free with RingCentral Office, which eliminated the cost concern.
“Glip has changed how we communicate as an organization.”
Samuel Eakin
Operations Manager
“This is the communications platform we were searching for but didn't know existed.”
Samuel Eakin
Operations Manager