The Future of Home VoIP is Cellular

Cell phones connected to Wifi will be the final destination for VoIP in the home.
(This is the second part of our discussion of The Future of VoIP.)

This holiday shopping season, as I was looking for a cell phone to gift, I noticed that hardware vendors like Samsung, LG, HTC and Nokia are making touch-screen phones and some are beginning to standardize around OS’s like the Android Mobile Stack. Even Motorola has started making phones like the ROKR on its new Linux-based operating system and, of course, the Apple App Store has surpassed any analyst’s wildest expectations for usage and adoption.

While selling home-based VoIP service through an ATA (Analog Terminal Adapter – the box that connects the traditional phone port to your computer) was the first stage for VoIP, we are seeing a common trend amongst those who get unlimited or all-you-can-eat wireless plans through their cellular carrier – they completely stop using land-line phone service. With the exception of making international calls, more and more people are using their cell phones at home.

Alongside this trend is the rising number of phones sharing a common open-source operating system. Thus, connectivity apps that use Wi-Fi are being developed by VoIP application vendors – permitting users to bypass their wireless provider entirely.

While wireless companies attempt to stop such applications from working on their networks or the phones their networks support, numerous “jail-breaks” exist for many of the more popular smartphones. Connectivity apps’ increased usage, like it or not, is inevitable. 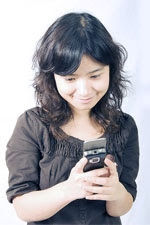 In South Korea, broadband and cell phone adoption is incredibly high. In Korea’s cellular phone market, wireless carriers struggle to make money by selling raw minutes and data. But they do profit by creating “value-added network services” such as games for teens, cell phone coupons and wireless payments for busy professionals. There are numerous apps South Koreans can now download that allow them to connect to their home Wi-Fi network and conduct VoIP calls over their cell phone.

In all likelihood, the U.S. isn’t very far behind. Expect to see people making VoIP calls on their phones as the U.S. carriers increase pricing.