How Do VoIP Phones Work?

Thank you.
A RingCentral sales advisor will contact you within 24 hours. 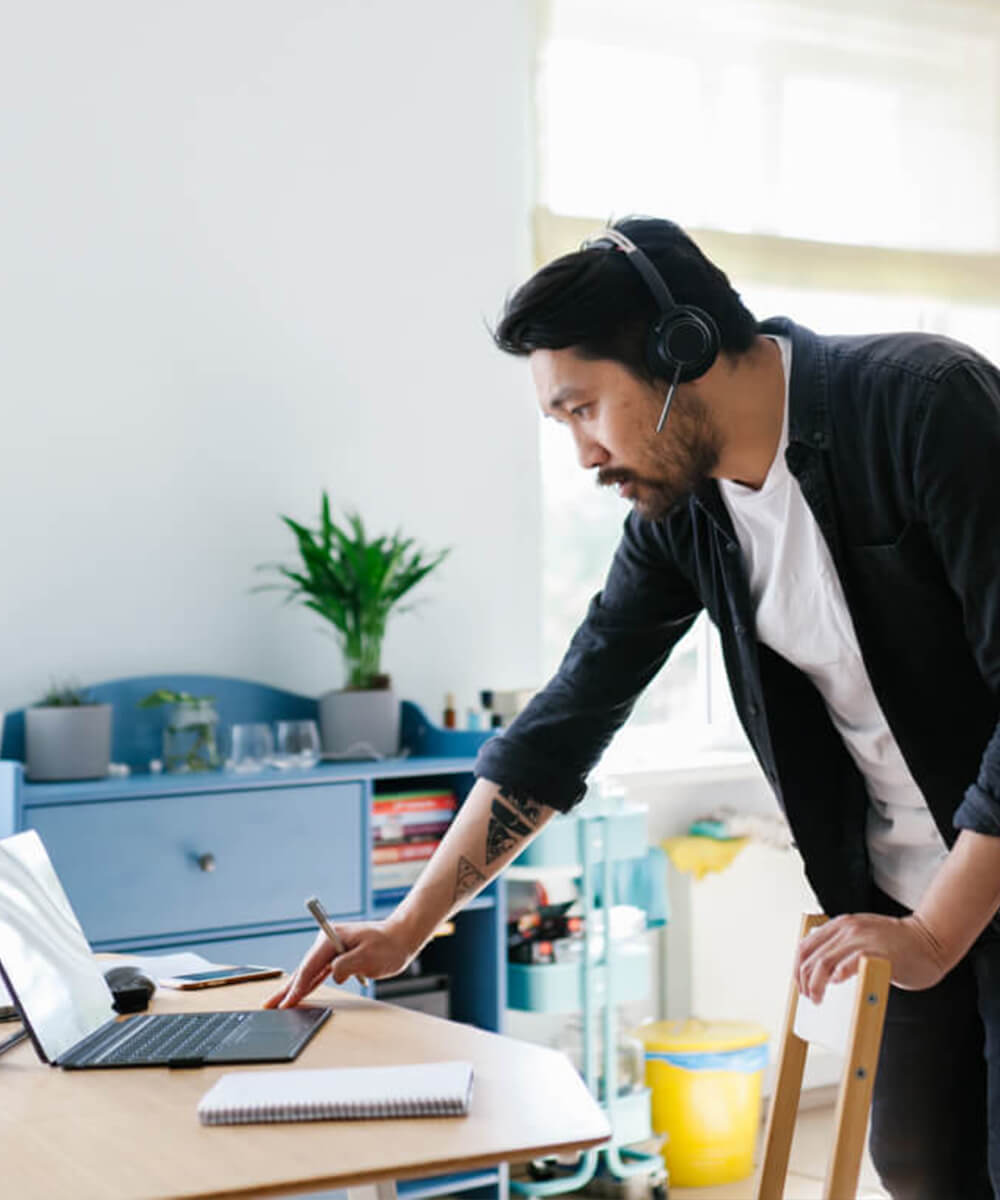 Understanding VoIP is not always easy

If you’re not sure how VoIP phones work, or what the term “VoIP phone” even means, you’re not alone. We hear this question often at RingCentral from businesses that are interested in using VoIP service but are unsure of what we mean by VoIP phones. So on this page, we’ll answer the question: how do VoIP phones work?

Before we jump into the details of what VoIP phones are, let’s first define what VoIP is.

VoIP is a communications protocol that converts the speakers’ voices into a series of digital packets. Then, rather than being sent through the standard phone network, those packets are transmitted across the internet. Voice packets in a VoIP call travel online just like any other type of digital data, such as email messages or a document being uploaded to your favorite cloud storage app. 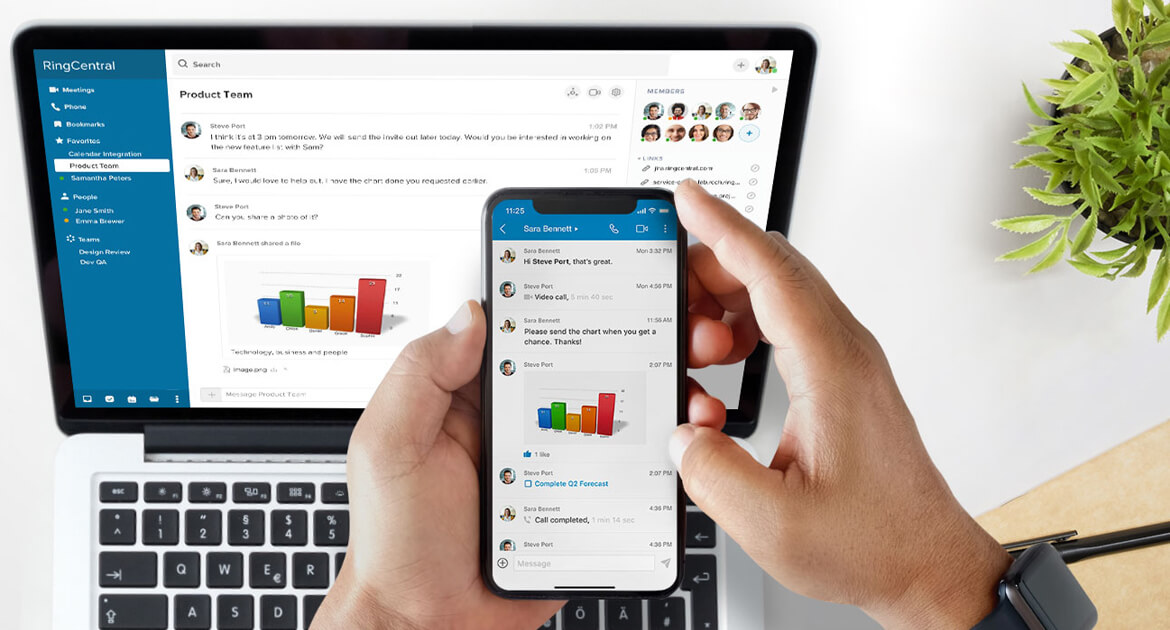 What do we mean by VoIP phone?

When businesses ask us if VoIP phones are physical phones, like the ones their employees currently have on their desks, our answer is: “Yes and no.”

This is because the term VoIP phone simply refers to any device enabled with VoIP (Voice over Internet Protocol) technology. It could be an actual desktop phone that looks a lot like the analog phones we’ve all used for years, but it could also be a computer, tablet, mobile phone, or other internet-connected device equipped with VoIP software.

Another way to think about this is that VoIP phones are available in two flavors: hardware phones and devices enabled with software that allows them to function as VoIP phones.

Do you need special phones for VoIP?

If you want VoIP to be directly connected to a device, then you absolutely need to invest in phones that are configured to work with the VoIP service you’re using. Your provider generally has a list of hardware you can use (you can even buy or rent from them). For example, RingCentral has a page covering all the telephony devices its solutions are compatible with.

The devices can fall under 2 categories:

The hardware-based flavor of VoIP phone is an actual desktop phone, similar to the standard models found in most offices today, but built to send and receive calls over the internet. (In fact, VoIP phones are also often called IP phones.)

These phones typically have the familiar features and interface of a traditional business phone: touchpad, caller ID display, speakerphone capability, and buttons for features like speed dial and call transfer. Many businesses find that their employees are able to transition to VoIP phone service much more easily when using this type of VoIP device because their employees are already familiar and comfortable with the phone’s physical layout and features.

The second flavor of VoIP phone is any device (which might not be a phone at all) that is internet-enabled and loaded with software that allows it to receive and transmit VoIP calls.

In other words, a software-enabled VoIP phone could be a desktop computer, laptop, tablet, or smartphone. With the VoIP software installed, the user can turn that device into a VoIP phone.

This means that your employees can use an application to take and make business calls from anywhere, even their own personal smartphones, using their business phone number.

How does VoIP work with a mobile phone?

This is the most sophisticated method of leveraging the benefits of VoIP phone service. You can use software installed on your internet-enabled device, such as a mobile phone, to turn that device into your VoIP phone. This means you can use your personal mobile phone to place or receive calls using your business phone number, and callers on the other end will see your “business phone number” connected to your caller ID.

Can you use your landline business phones for VoIP calls?

The answer to this question is “kind of”. You can most definitely receive phone calls from your VoIP-based business phone system, but you can only do that through call routing.

In order to do that, you’d need to log into your online dashboard and identify the phone number of your landline as auxiliary device. This means that if you don’t answer the call on your VoIP device, that call can be forwarded to your traditional line.

But that doesn’t mean you can make VoIP calls using your old-school devices.

Thankfully, IP phones don’t look all that different from landline phones so even the staunchest traditionalists can feel comfortable using them.

How do VoIP phones work?

We’ve already published a page explaining in detail how VoIP works; but in case you don’t have time to read it, here’s a quick summary:

Voice over Internet Protocol is a series of technologies that make it possible for you to make online phone calls by converting traditional analog voice calls into digital packets of data—much like an email message or an mp3—and sending those voice packets between callers over the internet, rather than over the old-fashioned telephone network.

As for how the VoIP phones themselves function, here is a brief overview of the technologies and processes involved:

In terms of the physical phones themselves, many VoIP phones can be powered by the same Ethernet cable that connects to the phone to transmit data. This technology is called Power over Ethernet (PoE) and is often preferable for businesses because it reduces clutter and can also reduce cost, combining both power and data into a single cable connected to the phone. Other VoIP phones, however, do not offer PoE capability and instead require a separate A/C adapter to power the unit.

In terms of connecting to the Internet, a VoIP phone will be assigned an IP address (just like any computer or another internet-connected device) and then will use a domain name system (DNS) to enable it to connect with other IP phones or VoIP-enabled devices.

As for transmitting voice calls over the Internet, generally speaking, VoIP phones use one of two primary protocols: Session Initiation Protocol (SIP), or H.323. Both of these protocols support not only voice but also other types of data—including video transmissions.

How do VoIP phones work for business?

VoIP phones also give your team more flexibility than a landline phone system could. With VoIP, your employees can take and make calls anywhere using their business numbers and their preferred devices: office phones, desktop computers, laptops, or even personal smartphones.

Although they are often very similar in terms of looks and features to analog landline phones, there are several key differences in how VoIP phones operate. Here are a few of the most significant distinctions:

What are the benefits of a VoIP phone?

There are many advantages to switching to VoIP phones from traditional business phone service, but we will highlight just a few of the primary benefits here:

(Because there are no dumb questions.)

Can you use a normal phone with VoIP?

Not exactly. While people can certainly choose to use VoIP analog telephone adapters like the Cisco SPA-122 ATA to help convert a traditional phone’s signal for internet signals, it’s not really as reliable and convenient as investing in IP phones.

What VoIP phones does RingCentral sell?

RingCentral offers many different VoIP phones and related devices, so there are likely several phones that will meet your business’s needs and budget. See all available VoIP phone and device options.

Can we lease RingCentral VoIP phones instead of buying them?

You can. If you are a RingCentral customer in the US, you may choose to lease (as opposed to buy) our desk and conference phones. See our RingCentral Phone Lease Program and Rental Agreement for details.

Important details and disclaimers
Get Connected Promotion:
20% Office + Phone Rental discount for SMB’s
*Void where prohibited. The Offer is valid between March 1, 2021 and August 31, 2021. To qualify for SMB Get Connected promotional offer (“Offer”) you must: purchase a two-year RingCentral MVP plan of any tier; (2) between two and three hundred ninety-nine digital lines; (3) be located in the US and Canada only ; and (4) be 18 years of age or older; when purchasing the RingCentral MVP plan (the “Qualifying Conditions”). The Offer includes: (1) a 20% discount off the standard list price of qualifying any RingCentral MVP plans for remainder of two-year plan; and (2) the option of phone rentals “Qualifying Phone Models” (defined below) for a 40% off the standard list prices offered by RingCentral. Qualifying Phone Models are limited to the following: Poly 150 or 250 or Yealink T42S orT48S, subject to availability and RingCentral’s sole discretion. Promotional price discount applies to base monthly rate only and excludes fees, taxes, additional or premium services and other charges. These terms are subject to change at any time without prior notice. You agree that the final discount Offer price is determined by RingCentral’s sole discretion, in compliance with these terms and any applicable laws. RingCentral reserves right to terminate this offer at any time. RingCentral Terms of Service apply. Early termination or other changes to the customer’s RingCentral MVP plan, may be subject to additional fees, subject to the Qualifying Conditions.
RingCentral Office is now RingCentral MVP. All references to "RingCentral Office," whether in the Agreement or its attachments, Order Forms, marketing or descriptions, mean "RingCentral MVP"